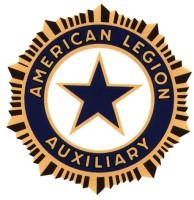 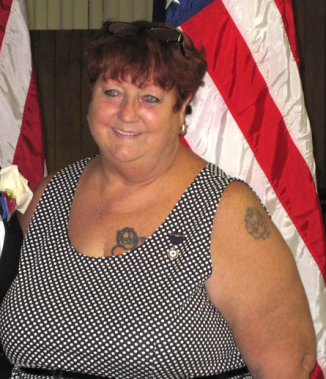 Preamble to the Constitution

"For God and country, We associate oursleves together for the following purposes: To uphold and defend the Constitution of the United States of American; To maintain law and order; To foster and perpetuate a hundred percent Americanism; to preserve the memories and incidents of our associations during the great Wars; To inculcate a sense of individual obligation to the community, state, and nation; To combat the autocracy of both the classes and the masses; To make right the master of might; To premote peace and good will on earth; To safeguard and transmit to posterity the principles of Justice, Freedom, and Democracy; To participate in and contribute to the accomplishments of the aims and purposes of the American Legion; To  consecrate and sanctify our association by our devotion to mutual helpfulness."

Membership in the American Legion Auxiliary shall be limited to the mothers,spouses,daughters,sisters,granddaughters,great-granddaughters,grandmothers,all legally adopted female relatives of members of the American Legion, and to mothers,spouses,daughters,sisters,granddaughters,great-granddaughters,grandmothers and all female relatives, and all legally adopted female relatives of all men and women who were in the Armed Forces of the United States during any of the following periods;April 6, 1917 to November 11, 1918: December 7, 1941 to December 31, 1946: June 25, 1950 to January 31, 1955: February 28, 1961 to May 7, 1975; August 24, 1982 to July 31, 1984: December 20, 1989 to January 31, 1990; August 2, 1990 to date of cessation of hostilities as determined by the government of the United States; all dates inclusive, or who, being citizens of the Unted States at the time of their entry therein, served on active duty in the Armed Forces of the governments associated with the United States during any of the said periods, and died in the line of duty or after honorable discharge; and to those women who of their own right are eligible for membership in the American Legion.

Every year American Legion Auxiliary Thoman-Boothe Unit 338 tries to send two(2) to four(4) girls that have completed their junior year in high school and have at least one more semester of high school remaining. We contact the High Schools about this program, but we would also like for our Legion families to be aware of this opportunity so that they can be sent also. we pay for this program, bus fare and also give them a little spending money. All they have to do is go. i asked that the girl that is interested to come to our meeting in February if possible. I have to turn in all the paper work by March 1, 2012. If you know of someone that would be interested and have good grades have them contact me by February 1, 2012.

This is the flyer is about sending in the Pictures of your military men and women in or out of uniform and for $5.00 per they will make a button with their picture on them. read the PDF file for more info.