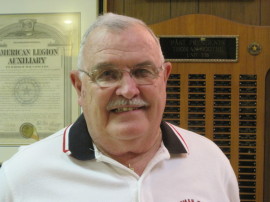 Major League Baseball and American Legion Baseball don't have a formal partnership, but the two owe each other a tremendous debt of gratitude. MLB has sponsored Legion Baseball almost since its inception, and Legion Baseball has returned the favor, churning out major-league prospects since the alumni base has been old enough to be scouted. The number of former Legion players who have gone on to the pros is far too large to chart. More than half of current major-leaguers played Legion Baseball. So did almost every working MLB manager, along with several former commissioners. In all, more than 50 program graduates are in the Baseball Hall of Fame.

Naturally, Legion Baseball's alumni base includes some of the sport's most recognizable names. Yogi Berra played for Fred W. Stockholm Post 245 in St. Louis and was once quoted as saying it was the most fun he ever had. Ted Williams suited up for a post in San Diego. Frank Robinson led his Oakland, Calif., team to the only back-to-back national championships in program history. Current Yankees slugger Mark Texeira played in the league's 1997 World Series. Babe Ruth was too old to join when Legion Baseball started, but he spent the final years of his life promoting the program as its director of operations. Other prominent players include Ryne Sandberg, Roy Campanella, Dusty Baker, Albert Pujols, Greg Maddux and Chipper Jones.

Of all the notable former players, Legion Baseball had perhaps the greatest impact on former Cleveland Indians great Bob Feller. A self-described shy farm kid from rural Iowa, Feller cut his teeth playing for Variety Post 313. He says the experience taught him as much about life as it did baseball. Legion Baseball gave him an outlet to be discovered as a pitcher, but also gave him a chance to form lifelong friendships, learn to deal with letdown in athletic competition, and become better prepared for the mental and emotional strain of fighting in a war.

The first Legion alumnus elected to the Baseball Hall of Fame, Feller wrote a column for The American Legion Magazine in June 1963, expressing his love and appreciation for the league after it honored him with a plaque in 1962.

"Truthfully, I feel I should have given a plaque to The American Legion rather than receiving one from it," Feller wrote. He penned the column free of charge and admitted that he never endorsed anything he didn't believe in during his career, even for large sums of money.

Yet baseball isn't the only area where former players have excelled. Legion Baseball graduates have gone on to prominence in other career fields. Former vice president Dick Cheney played for Post 2 in Casper, Wyo. Famed journalist and author Tom Brokaw played Legion ball in South Dakota, and Secretary of Agriculture Tom Vilsack was on a team in Pennsylvania.

In short, Legion Baseball graduates are proud contributors throughout our society and often are the most successful people in their respective career fields.